Did you know that reducing your carbon footprint is in your hand? It is no longer the sole task of governments and large companies, even though they are the ones that pollute the most.

Every little gesture counts and, what is more important: illustrate by example; creates a chain of awareness that turns us all, voluntarily and enthusiastically, into actors of real change, of a more just, social and sustainable future for ecosystems and all living beings; without forgetting, of course, the people.

And we say “fair and social” future because not only the environment would win; also people, given that great inequalities are accentuated during natural disasters, which are increasingly frequent due to climate change.

So see some very simple ways to reduce your carbon footprint that you can carry out in your day to day.

Devices such as mobile phones, laptops or tablets continue to consume energy despite having already made a full charge. So don’t forget to unplug them, because this way you’ll help reduce your carbon footprint!

Of course, at certain times of the year there is not so much sun — yes, even in countries like Spain; but that is no excuse to use a portable clothesline like those used inside the houses.

When you buy something very cheap, you do not give it any importance, whether it goes out of style, or if you decide to get rid of it for any reason: it is no longer fashionable, it has worn out in a really short time of time or, simply, you have Run out of closet space.

This type of clothing usually uses a variant of genetically modified cotton that requires the use of highly polluting pesticides.

You can also walk, which, in addition to reducing your carbon footprint, is great for your health. Not for nothing, large cities are closing themselves off to vehicles, creating pedestrian zones for the enjoyment and convenience of their citizens and visitors.

By eating less of these foods, you will help reduce the emissions of methane these animals generate — a greenhouse gas that contributes greatly to climate change and is estimated to be the most polluting industry of all cars in the world.

Combined with the use of warm and comfortable clothes — wearing a T-shirt in winter, even in your own home, is not natural — you will greatly help reduce the carbon footprint generated by your home. 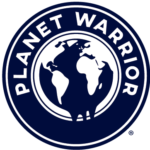